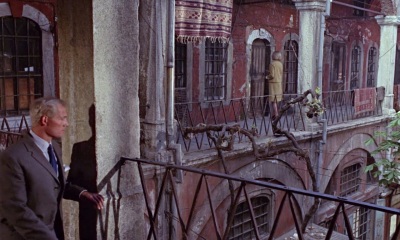 One of the most fascinating Bond locations in all of Istanbul I dare say, must be the house where you can find the secret office of Colonel Klebb. Still believing that Klebb is the head of the Soviet intelligence, Tatiana Romanova is forced to lure Bond to Istanbul. The house with the small courtyard can be found in a most unexpected place, namely inside the Grand Bazaar. 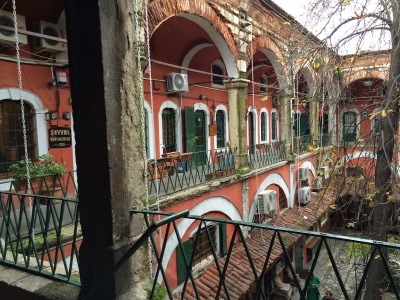 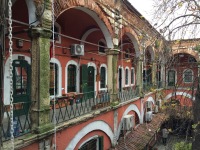 These characteristic houses with a courtyard in the middle are called Hans and are part of the classic architecture of Istanbul. The Hans functioned as inns for traveling merchants for centuries. Here, the merchants could do business and rest over night. It is not surprising to find so many hans inside the bazaar, since the Grand Bazaar, naturally, has been a major hub for travelling merchants throughout the centuries. Most commonly, the Hans consisted of a courtyard with a fountain in the middle, just like this Han seen in the film. There were often an adjacent kitchen or tea house. 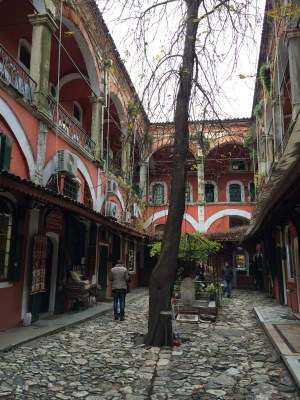 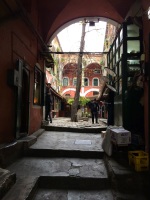 Today there is a lot of manufacturing going on in these Hans. The different Hans were often, and still are, dedicated to a certain craft, such as gold and silver manufacturing. You can primarily find chain manufacturing in the small shops of Zincirli Han. Both the courtyard and the second floor is open for tourists so you should take your time at this location. You may find some of the shops on the second floor open. The Zincirli Han is beautiful with its marble fountain and the tree in the middle of the courtyard. 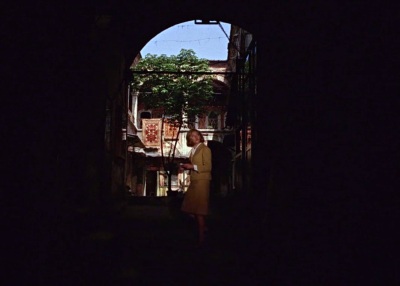 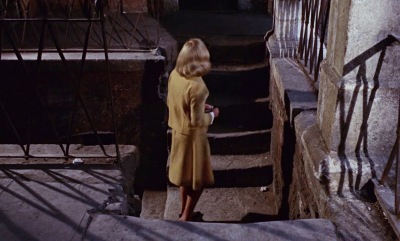 Tania is coming up these stairs and continues down to the left as Grant hides behind the right pillar. The pink facade has been renovated and the old wooden doors have been replaced. The interior of Klebb’s office was most likely shot in Pinewood Studios. 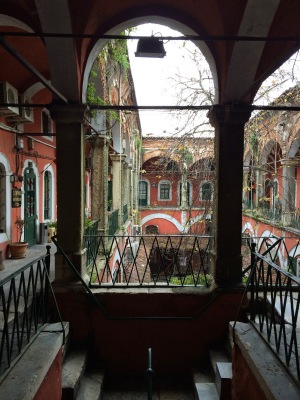 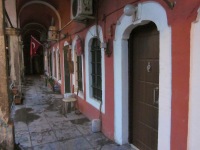 “Moscow has kept my defection secret from everyone but a few members of the presidium.”
– Klebb to Blofeld during the SPECTRE meeting – 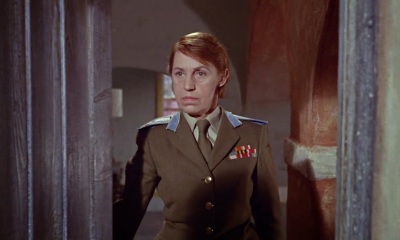 Given the numbers of people that live, work or visit the Grand Bazaar every day, it is close to a city of its own in Istanbul. This is definitely one of the most interesting locations in the entire Istanbul, in part because it has been almost untouched since 1963, but also thanks to Lotte Lenya’s splendid performance as the unpleasant and evil Spectre agent number three, Rosa Klebb. 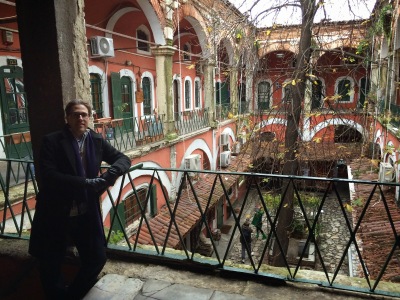 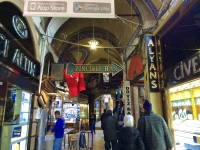 The bazaar is a maze and is rather easy to get lost in, but the Zincirli Han is fortunately well signposted. 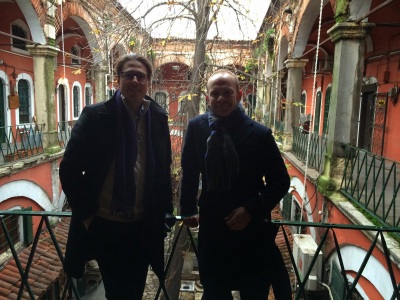